Clients often have great ideas about evidence to use at trial. Other times, clients have questions about the rules of evidence.  First – let’s start with what evidence is and its relevance. 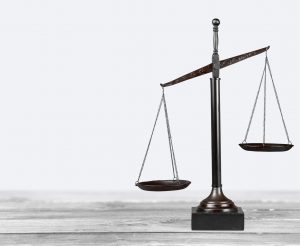 Evidence can literally come in any form. It can be a thing, like a diary or a gun. Evidence can be a person’s statement. California and federal court both use a similar definition of evidence. The courts say relevant evidence can be anything that tends to prove or disprove a material fact. What can qualify as evidence is truly limitless. However there are a lot of limits on what can and cannot be used as evidence in a court of law. Different kinds of hearings can have their own speciifc rules about what evidence can be admitted. For example, at a preliminary hearing in California certain hearsay is admissible. At an administrative hearing, like a hearing before a professional licensing board, many different kinds of hearsay which would be inadmissible in court are admissible.

What Is Relevant Evidence?

Relevant evidence is the kind of evidence that is applicable to the issues presented in a case. Evidence is relevant when it helps to prove or disprove something essential to a case. Think of a car accident where the blue car hits the red car. Evidence showing the blue car is ran a red light is relevant to determining who is at fault for causing the accident. Not all relevant evidence is admissible – there are lots of rules limiting the introduction of specific kinds of evidence. Basically logical evidence has to have some logical connection to an issue in the case.

When Can Relevant Evidence Be Excluded

Federal Rule of Evidence 403 and California Rule of Evidence 352 are pretty similar in defining the kinds of relevant evidence that are not admissible. Both sets of rules prohibit the admission of relevant evidence when the evidence is undulyprejudicial, would confuse the issues, mislead the jury or take up too much time. Exactly what is unduly prejudical, misleading, confusing or would take too muc time is hard to define. It really depends on the specific facts of the case and the exact evidence you’re trying to introduce.

If you have questions about evidence that is being used in your case or someone you care about – ask. I love talking about evidence and trying to think of creative ways to either to get something beneficial into evidence or keep other evidence out. If you have a lawyer already they should be able to explain evidence so you understand it. [Don’t accept an answer you don’t understand. Its a lawyer’s job to keep answering questions until their client understands]. If you’re trying to decide what lawyer to hire talk to her or him about the facts of your specific case. Sometimes its hard for lawyers to offer concrete ideas about what they would do with specific evidence until they have all the facts in front of them but good lawyers can give you a variety of possibilities.