Derick Ion Almena should probably hire a lawyer if he hasn’t done so already. So should Chor Ng. Who are these people? Almena was the master tenant and building operator of the “Ghost Ship,” the warehouse that burned in Oakland on December 2, killing 36 people. Chor Ng is the building owner. 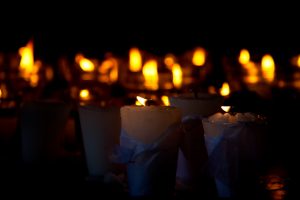 Why should they hire lawyers? The likelihood of one or both of them facing criminal charges in the very near future is great. After all, without their conduct, or their lack of conduct, the 36 people who died in the fire would probably still be alive.

The fact that Almena and Ng are probably responsible for the deaths is anything but sketchy.

When the Ghost Ship tragedy occurred the Ng, the building owner, was under investigation for an “illegal interior building structure” according to Oakland city records. Inspectors attempted to gain access to site on November 17 but couldn’t access the warehouse. Almena is accused of having illegally carved the interior of the building into living and studio spaces for artists.

There’s a reason the building wasn’t permitted for people to live in it. It wasn’t safe. There was a staircase made of pallets between the first and second floors. There was no fire suppression system. No fire alarms. No plumbing. There were reportedly two dozen people living in the 10,000 square foot location.

Almena’s possible defenses to such accusations are, frankly, almost non-existent. The fact that he didn’t realize how dangerous the conditions were and didn’t intend for anyone to be harmed is not relevant from a legal perspective. Ng is in a pretty tough situation as well. Even though she wasn’t actively involved in the project and may not have known Almena was renting the building out as live/work space or hosting parties in the building, she is still responsible for the building she owned.

In February 2003 the Station Nightclub caught fire in Rhode Island. This fire was caused by fireworks set off on stage. 100 people died, 230 were injured. The first criminal trial in that case was of Daniel Biechele, the band manager. Before his trial, he pled guilty to 100 counts of involuntary manslaughter and was sentenced to time in prison.

The owners of the Station Nightclub, Michael and Jeffrey Derderian, were also prosecuted. They too pled no contest to the charges. One of them spent time in prison and the other was sentenced to community service due to his lesser involvement with the warehouse.

I have no idea what good prosecuting the men in the Station Nightclub case did.  The band manager, Biechele, was 26 years old. Before he went to jail he had hand written letters to the family of each and every victim expressing his remorse. When he appeared before the parole board in 2007, some 20 friends and family members of the victims of the fire had written asking he be released.

By the same token I’m not sure what good prosecuting either Almena or Ng would do. By all accounts Almena is devastated by what happened. He was trying to create an affordable space for artists in an area that is increasing unaffordable to all but the most affluent. Almena charged $700 month rent for the people who lived in the warehouse. Dances and parties were held in the warehouse to help raise money for rent. The going rate for rent in Oakland is three times that amount.

The argument prosecutors (and some judges) would make for why Almena and Ng should be prosecuted is that it would send a message to other building owners and other building operators. In other words in order to make an example out of Almena and Ng so others don’t engage in similar conduct and endanger lives. In legal parlance the argument is called “general deterrence.” And its crap.

General deterrence theory assumes people act rationally when they commit crimes.  Ask someone who committed a crime if they were thinking rationally. Ask them if they considered all the consequences. Ask Almena, if, when he decided to create a bohemian live/work space for starving Bay Area artists that it occurred to him that people could die because the building was a fire trap and a staircase of wooden pallets was nothing more than a pile of tinder.

Criminal sanctions, things like going to prison, paying fines, etc… Those consequences only deter crime when people know about them. When they think about those things in advance and then, with full knowledge of what could go wrong, decide to break the law anyways. The public tends to underestimate the severity of possible punishments, not to mention the fact that in cases like this, most people don’t think of the worst possible consequences of their action.  If we did think like that no one would ever try anything new.

What would an evidence based approach look like in the Oakland warehouse fire? Probably something along the lines of people rationally looking at housing and housing prices and then trying to find a solution so people don’t endanger their lives by living in sub-standard housing because it’s the only thing they can afford.

Evidence based law enforcement isn’t catchy. It doesn’t have the political appeal of “tough on crime.” What it does have is an ever increasing track record of effectiveness.