Social media. Most of us can’t live without checking Facebook, Instagram, Periscope, Snapchat, Twitter or something every day. The ways social media can be used in criminal cases are as varied as the topics on which people post. 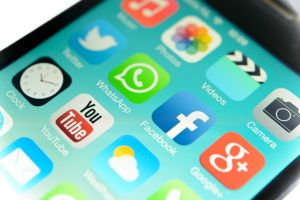 There are obvious uses – the arrest and prosecution of the four assailants in the Chicago torture video case where the horrific tormenting of a young man was live streamed on Facebook. But, there are also far less obvious uses that can be equally significant in a criminal case. The bottom line: anything that is digital is not private.

Remember Ammon Bundy? Prior to trial the prosecution in that case obtained a search warrant for the defendant’s Facebook accounts including conversations on Facebook Messenger, geographic information about where users were when they accessed information, images of people carrying weapons, any evidence pertaining to the plan to take over the Malheur National Wildlife Refuge, etc… The scope of the information sought and obtained included “evidence indicating the Facebook account owner’s or user’s state of mind as it relates to crimes under investigation.”

Evidence of a person’s state of mind as it relates to a crime is enormously broad and courts across the country have been routinely allowing prosecutors to obtain this kind of data. Seemingly private information, such as conversations on Facebook messenger, can later be used as evidence in a criminal case.

The general rule in a criminal case is that a prosecutor cannot introduce evidence of an individual’s character to prove an individual acted consistent with their character on a specific instance, for example when they committed the crime. In other words, you can’t show someone is a dirt bag and therefore it made them more likely commit a specific crime.

However, the same piece of evidence often is admissible if offered for a non-character purpose. The most frequent uses are to prove motive, opportunity, intent, knowledge, etc…. In the Bundy case, the request was for information that indicated a person’s state of mind. Evidence of state of mind is almost always admissible regardless of the nature of the criminal charges.

In 2009 Nicole Hoffman was driving her car in the early morning hours in Delaware. She and her friends were returning from a night club when Hoffman lost control of the car and crashed. One of the passengers was ejected from the car and later died from his injuries. Blood tests revealed that 18 year old Hoffman’s blood alcohol level was .157 and she had marijuana in her system.

The prosecutor obtained images of Hoffman’s MySpace page that depicted Hoffman drinking – pictures that were later characterized as glamorizing the consumption of alcohol. When Hoffman later tried to reduce her sentence, these pictures were used to show her lack of appreciation for the seriousness of the offense. Why? The court wrote it was because she glamorized drinking and failed to take pictures down after being charged.

Imagine a case where a defendant is accused of embezzling money. A prosecutor finds so-called private chats on social media through a search warrant. The chats contain the defendant talking with other people about fancy dinners and stays at expensive hotels. In the hands of a prosecutor this is evidence of a defendant’s brazenness, their callous disregard for the money taken from other people and their greed.

Hoffman’s case resolved when she pled guilty. Imagine a similar case that goes to trial. Images of a defendant drinking and partying shown to a jury with a prosecutor arguing the defendant is self-absorbed carouser, a party girl out to have a good time with no care or concern for the people she harms.

Seemingly private social media posts and messages are anything but private. The images pertaining to an inside joke between friends can be obtained by a prosecutor, interpreted in a manner totally out of context, and used as “evidence of the user’s state of mind.” In other words, this kind of evidence can be used as legitimate, admissible character evidence or, more accurately, character assassination.

Private pictures and Facebook messages are also considered by prosecutors and law enforcement when they are investigating cases. This information is relied on by law enforcement in forming opinions on of the roles different people play in different cases. In a case where someone embezzled money, text messages between two people having an argument about spending can be the difference between who gets indicted and who doesn’t. The person who didn’t want to spend money becomes a witness and the person who wanted to becomes a defendant.

It’s not just in criminal cases. The same issues regularly arise in civil litigation. Sure parties can’t secretly use search warrants to obtain Facebook accounts, but they most certainly can use subpoenas to get the same information. Or, it can just fall into their hands.

I was recently interviewed by the San Francisco Chronicle about a case currently pending in Santa Clara County. Plaintiff James Phills, a former Stanford professor, is now suing Stanford University for a number of reasons, including creating a hostile work environment. Legal documents reveal Phills learned his now estranged spouse, also a professor, was having an affair with a department head. How did Phills learn about the affair? By reading seemingly private Facebook messages on his wife’s phone, messages he had access to because she had previously given him the password.

That case is still pending. The Facebook messages are likely admissible evidence proving an affair and a motive to retaliate against Phills.

Anything and everything on social media could, publicly posted or not, can be used as evidence against you in a court of law. Sound like the Miranda warning police read when making an arrest? That’s what people should be thinking when they’re using social media. Innocent comments can be taken out of context and pictures misinterpreted.

It’s not realistic to advise people to stay away from technology – we’re all going to use it, it’s too convenient. But, be careful what you say – nothing digital is private. Nothing.