The old adage that “love knows no bounds” is true. Equally boundless are the lengths some are willing to go to get even with a former spouse. Don’t believe me? False allegations are nothing new in divorce proceedings. People file false police reports claiming domestic violence, claims that their estranged spouse molested their children. Nothing it seems is off limits. 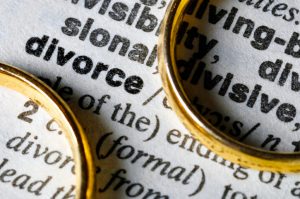 Any day now the headlines will be telling us about one spouse who planted evidence on the other spouse’s computer. What could be planted? The possibilities are limitless. A person could plant evidence of an illicit affair, images of child pornography or some other crime. It’s not hard to do.

I worked on a case a few years ago where the wife, let’s call her “Mary,” angry at her estranged husband for a number of reasons including his on-going affair, claimed her soon to be ex-husband, we’ll call him “John,” was molesting the couple’s elder daughter and that she had seen images of child pornography on his computer. With a little work we proved these accusations were false. But, had Mary been more vindictive and a little more computer savvy she could have downloaded illegal images onto his computer. She had his passwords to all his devices – after all that’s how she found the legal pornography on his computer that she tried to argue was illegal. She was willing to go to great lengths to prove the porn was illegal.

Mary had some highly specialized training. The kind of highly specialized training that makes people like judges and law enforcement more likely to believe her. She filed declarations in court, declarations claiming John had child pornography on his computer. It was enough for law enforcement to get a search warrant, seize John’s computers and search them. With access to all of John’s digital devices think how easy it would have been for Mary to download illegal pictures onto his computer or run some searches loaded with terms intending to find child pornography.

Better than bringing this up in divorce proceedings Mary could just wait until one of John’s devices needed repairs. Recent news reports show the Geek Squad (and probably others like them) are receiving payment from the FBI for alerting the feds when they find illicit, or potentially illicit, images on computers they are fixing.  In other words, the Geek Squad members are acting as confidential informants.  Whether or not Geek Squad members working as paid confidential informants for the FBI violates the Fourth Amendment is an interesting question, and one that will be the subject of a future blog post.  (Stay tuned!)

Spouses planting evidence sound a little too far-fetched to be true?  Jon Lefebvre would beg to differ.  He married his wife Alice in 1995. By the early 2000s their marriage was on the rocks. The couple had two kids. Alice wanted sole custody but didn’t have any reasons why a court would award her this right.  At some point Alice began reading book about divorce and money. At least one of the books included information about using criminal accusations in divorce proceedings. Alice decided to “invent” reasons for a court to award her sole custody. Alice needed a witness to make her claims against her soon to be ex-husband credible so Alice employed the assistance of a friend, Nancy. The two women made reports to law enforcement which ultimately resulted in Jon being prosecuted for a felony violation of Penal Code section 422 – criminal threats. Jon was acquitted. In fact, the jury was so outraged the foreperson read a statement at the conclusion of a trial:

We, the jury, believe that the absence of any real investigation by law enforcement is shocking and we agree that this appears to follow a rule of guilty until proven innocent. There was no credible evidence supporting the indictment. We believe prosecuting this as a crime was not only a waste of time, money, and energy, for all involved, but is an affront to our justice system. This jury recommends restitution to the defendant for costs and fees of defending himself against these charges. This jury requests that our collective statement be made available in any [future] legal action relating to these parties….

Jon decided to get even. He filed a civil suit against Alice and Nancy for, among other things, malicious prosecution. Lefebvre v. Lefebvre, 199 Cal.App.4th 696 (2011). After the approximately six years of living hell he’d been through, the win wasn’t worth much. He’d been through a criminal trial and filed a civil suit. In 2011, when the above case was decided, civil litigation was on-going.

Being arrested and charged with a crime is a horrible experience. It’s terrifying. It’s something to be avoided if at all possible. The best advice is don’t share passwords to your digital devices – not even with your spouse. In the real world that’s hard advice to follow and, hopefully, for most people overkill.

For people whose relationships are rocky it is good advice. Don’t share the password to your phone or your tablet – who knows what your spouse might try to plant. Change the password to your bank account before the money gets drained. Make copies of the family photos showing a loving relationship between you and your kids in case your significant other locks you out of the cloud storage. Turn the geolocation setting on your cell phone on, it tracks your every move and can prove where you are almost every minute of the day, and perhaps more importantly it can also prove where you weren’t.

I talk to people accused of crimes every day and in some cases I advise them of the above. Why?  Because of something else I tell people all the time… I’m the last person they ever want to meet. No one wants to hire a criminal defense attorney. Particularly not to defend against false charges their spiteful ex cooked up.