Former Stockton Mayor Anthony Silva was arrested over the weekend at the San Francisco International Airport when he returned from a vacation. He was arrested on five felony charges including embezzlement by a public official, money laundering, profiteering, grand theft and an aggravated white collar crime enhancement. Silva’s bail was set well above bail schedule at $1 million. 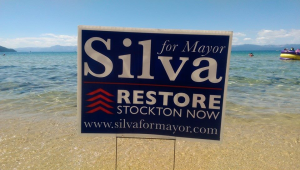 The arrest warrant was issued on March 2 – the same day the San Joaquin County District Attorney’s office executed search warrants at Silva’s home and the Stockton Kids Club. Law enforcement officials were seen carrying out boxes of documents, computer equipment and other items from both locations.

Turning down funds for a charitable organization in order to avoid an audit is a red flag. The whole reason audits exist are to make sure money is being spent properly. An audit would likely discover evidence of money laundering and/or embezzlement. The charges Silva faces are very serious, if convicted on all of them he could spend years in prison. The white collar crime enhancement alone can add anywhere between one-and-five additional years in prison depending on the actual loss amount.

Money laundering is also very serious criminal conduct. Money laundering is essentially concealing the origins of illegally obtained funds. Money laundering statutes were initially conceived as a way to fight drug crimes but their use has been expanded, most notably in white collar cases. There are countless ways to launder money. Frequently, the illegally obtained funds are funneled through legitimate businesses, overseas banks or gambling casinos. Like its federal counterparts, 18 USC 1956 and 1957, California’s money laundering statute, Penal Code section 186.10, requires a person have the specific intent to launder the money. This makes this statute more difficult to successfully prosecute because a person is not guilty of money laundering if they didn’t know the financial transaction was connected with a crime.

Silva is also charged with a violation of Penal Code section 186.2, profiteering. Profiteering, often referred to as a RICO violation, is a seldom charged code section in California. Criminal profiteering is any act or threat made for financial gain or advantage if that threat or act can also be charged as a crime. In order to prove a California RICO violation the prosecution has to establish a “pattern of racketeering activity”.  The conduct must also have been committed as a criminal activity of organized crime. Proving profiteering in California is more difficult that proving the same crime under the laws of other states or its federal counterpart, 18 USC 1961, because in order to prove a “pattern of racketeering” the activity must be related, continuous and part of an organized criminal operation.

The term RICO originally comes from the federal law passed in 1970 as a way to stamp out the mafia the law has been used in countless other ways over the last 40 years. RICO stands for Racketeer Influenced and Corrupt Organizations Act.

The Stockton Unified School District was a significant funding source for the Boys and Girls Club of Stockton. Once the club lost its charter, Stockton Unified searched for and found a replacement organization to offer after-school services; the YMCA. During the transition to the YMCA, it was discovered that approximately one-quarter of the former Boys and Girls Club employees were unqualified for their jobs under the terms of a federal grant partially funding the organization.

The organization also faced civil suits while Silva was CEO for sexual harassment by Mario Serrano, a former supervisor at the Club. Serrano allegedly harassed youth club leader Abigale Kruse. Kruse alleged that after she reported the conduct to Sharon Simas – the club’s then human resources director and later Silva’s executive assistant when he was Stockton Mayor – she retaliated against Kruse by demoting her.

While the charges against Silva are currently pending in San Joaquin County there appears to be a significant likelihood that charges in federal court may also be forthcoming. In addition to the federal statutes mentioned above, there is also the fact that the Boys and Girls Club of Stockton received federal funding. If that money was misappropriated, it is a separate federal crime. Additionally, charges such as mail or wire fraud are easily brought in white collar cases. If a person was engaged in a criminal course of conduct and used the mails or wires (which includes things like cell phones and the internet) they could be accused of violating those statutes.

Given the nature of the charges against Silva, particularly the profiteering charges, it seems likely other people were involved. While possible, it’s difficult to imagine profiteering charges where only one person was involved. It’s an open question whether other people are going to be charged along with Silva or perhaps those people have already worked out cooperation agreements with the prosecution.