What happens when people obtain confidential information about another person?  Can you use it legally? Yes. No. Maybe. In order to answer the question it’s important to keep in mind how a person obtained the information and what it contains. 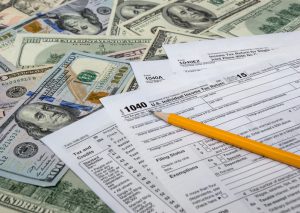 Recently, Rachel Maddow and NBC news obtained Trump’s 2005 tax return. Legally? Well, she apparently came into possession of the two pages of the now-president’s tax return from David Cay Johnston, another journalist. When asked how he obtained the pages of the return, Johnson replied “over the transom” (in the mail). Johnson speculated the documents may have been intentionally leaked by Trump himself. (After all, the Russia story has been dominating the news of late.)

In the case of Trump’s tax documents, rumors are swirling that he leaked the documents intentionally. Intentionally leaking your own private documents is perfectly legal – it waives any privileges or other legal protections you might have asserted. If Trump leaked (read: released) the documents, anyone can use them for any legitimate purpose.

In litigation people are always trying to get an advantage over the other side. Sometimes unscrupulous parties or attorneys can obtain documents illegally. They can hack or steal information. All sorts of things are possible. Here’s the bottom line – if someone did something illegal in order to obtain information or documents, it’s a pretty safe bet that those same records cannot be used in court. Courts are not going to condone illegal action to get a leg up on their opponent through the use of wrongful methods.

Other cases fall in to more of a gray area. Think about a divorce case. Let’s say a spouse has an email log-on for their soon-to-be-ex. If they obtained the log on information consensually, meaning their former partner gave it to them willingly, they can legally access the account. Generally speaking, this is probably OK and courts would allow the use of information obtained. What is not OK is when spouses don’t actually have log-on credentials – but rather were able to guess the combination needed. There’s a word for this – hacking. Pretty low-tech hacking, but hacking all the same. And, courts are not going to allow parties to use illegally obtained evidence in litigation.

Hacking, including the low-tech variety, is a crime under both state and federal law. While most prosecutors are too busy to prosecute every person who hacks information in a divorce case there is always the possibility, perhaps even likelihood, that a prosecutor will file two-or -three of these cases in order to send a message. The fact that few such prosecutions have occurred in the past could be an indicator they are likely to happen in the future. In other words, prosecutors may start thinking it’s time to send just such a message.

What if you don’t know how the documents were obtained?

This is a much trickier issue. If a person truly doesn’t know where documents came from, it’s probably legal to use the information. But, establishing a true lack of knowledge about the source of documents can be hard. The average citizen does not have the same protection as journalists. As a general rule, journalists can protect sources of their information thanks to a number of laws, including the First Amendment. These laws clearly cover a journalist like Rachel Maddow. Whether or not those same laws would cover someone like a blogger who intended to spread the information publically is unclear. Private citizens using such information for personal reasons probably have the least amount of protection.

Private citizens would also have a hard time conclusively establishing they had no knowledge about the source of information. If someone was involved in a divorce or business dispute, the court would probably have a pretty good guess as to how the information came to be in their hands.

Why do journalists have more protection than the average citizen when it comes to these kinds of situations? Journalists investigate politicians and corporations. Their work is necessary and fundamental to maintain a democracy that values free speech. Laws have been written to protect journalists so they can do their jobs. There are limits. For instance, the Obama administration prosecuted a number of individuals who leaked classified information that later found its way to the media.

What about using private information, like someone’s tax returns, in a public form – as Rachel Maddow did on MSNBC, or in a blog post?

The term “public figure” has a specific meaning under the law, and generally includes people like politicians, movie stars and professional athletes. Public figures are people who are in the media, people who have chosen to be in the limelight. Because these people have chosen to be public figures they do not have the same privacy expectations as the average private citizen.  So, while discussing the president’s tax returns (intentionally leaked or otherwise) is probably legal, the same conduct involving your neighbor likely violates their privacy.

Analyzing whether or not information and documents can legally be used is complicated and can hinge on small factual nuances. Don’t try to figure out for yourself if you can obtain information on your own, or if you can use it once you’ve got it – pay a lawyer for some advice.  It’s a whole lot cheaper than paying them to defend you in court.