Last month former Stockton Mayor Anthony Silva lost his bid to prevent San Joaquin County grand jury transcripts leading to his indictment from being released. Why didn’t he want the documents to be publicly released? Silva’s attorneys argued that publication of the records would harm Silva’s ability to have a fair trial because, in the defense’s eyes, the transcripts are one-sided. 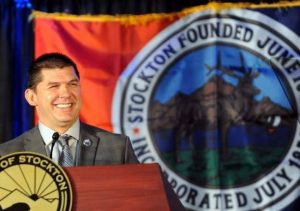 Are they one-sided? Absolutely. Despite the fact that, at least in California state court proceedings, prosecutors are required inform the grand jury of any evidence that tends to negate guilt, the truth is the evidence grand juries consider is very much one-sided. District attorneys have so much control over the grand jury process it has been said they could get a grand jury to indict a ham sandwich.

Grand jury proceedings are held in secret. Who the witnesses are and what they have to say is never revealed. The defendant has no right to testify, present evidence or cross examine witnesses. Prosecutors decide who testifies, what those witnesses testify about and – equally as important – what they don’t testify about. Grand jurors do have the ability to ask questions of the witnesses, but they only have before them the evidence the prosecutor wanted them to know about. Grand juries receive charts summarizing voluminous evidence; but, they rarely receive actual evidence. The legal standard to return an indictment is probable cause, in other words, “Is it possible a crime was committed and the person being investigated was the one who committed it?” It’s an awful low standard.

In order for a criminal case to start charges have to be filed. There are two ways for this to happen: either a prosecutor files a criminal complaint, or a grand jury returns an indictment. If a felony crime is charged by way of a complaint, a preliminary hearing is required. On the other hand if a grand jury returns an indictment, no such hearing is required. Indictments are common in the federal criminal system, but relatively uncommon in state court criminal practice. When prosecutors rely on grand juries in California, it’s often because the charges involve official misconduct or corruption.

In most California counties grand juries consist of 19 citizens. (Very small counties can have fewer. Los Angeles County has 23-member grand juries.) Qualifications to sit on a grand jury are the same as a petit jury, the technical term for a jury who hears evidence in a trial. The grand jury for each county is selected once each year, although terms on a grand jury can be staggered so there are always some jurors with experience. When a grand jury consists of 19 citizens, at least 12 of them must agree in order to return an indictment.

The grand jury foreperson normally instructs witnesses testifying before a grand jury not to reveal the fact that they testified, what questions they were asked, what the answers or about or any other information they obtained while testifying. Such an admonition is a lawful order and anyone who violates it can be held in contempt of court. This admonition does not prevent witnesses from speaking with other people, such as lawyers for the defendant or the media. This admonition is lawful but it has to be carefully given by the foreperson so as not to run afoul of the First Amendment. While this admonition does not prevent a grand jury witness from speaking with reporters or defense counsel about what they know about the situation being investigated, the practical effect is that grand jury witnesses rarely agree to speak with anyone about the subject being investigated.

California law states that when a grand jury has reason to believe that evidence within its reach will clear a defendant, it must require that evidence be produced. Additionally if the prosecutor is aware of exculpatory evidence, the prosecutor is required to inform the grand jury of its existence. This legal requirement depends on whether the evidence reasonably tends to negate guilt. While California law contains this provision, the truth is that prosecutors and defense attorneys look at things differently. Particularly early on in litigation, or prior to litigation which is when a grand jury is empaneled, prosecutors and defense attorneys have access to different information; so, whether or not something negates guilt is often a matter of perspective.

Silva has good reason to object to the release of the grand jury transcripts. People are going to read the transcripts, or, even worse, the most scintillating portions of them, and form their opinions based on limited evidence that was carefully chosen and presented to the grand jury. Remember, the grand jury didn’t hear any evidence that was inconsistent with the prosecutor’s theory of the case and they issued an indictment based on evidence that did not withstand the rigors of cross-examination, that was not examined by experts who don’t work for the government and that was backed-up by witnesses who may not have properly investigated or impeached. All of this one-sided information is going to be released to a potential jury pool who may ultimately decide Silva’s fate.