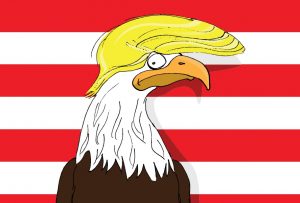 On May 17, the U.S. Senate Judiciary Committee sent out a couple requests. One was to the Federal Bureau of Investigation for recently fired director James Comey’s memos regarding his interactions with the Trump and Obama administrations. The other request was to the White House, asking it to provide records of interactions with Comey, including those “…relating to the FBI’s investigation of alleged ties between President Trump’s associates and Russia, or the Clinton email investigation, including all audio recordings, transcripts, notes, summaries or memoranda”.

Did Trump tape his conversations with then FBI Director James Comey? And, if he did, were those recordings legal?

James Comey better hope that there are no “tapes” of our conversations before he starts leaking to the press!

Let’s assume for the sake of argument Trump recorded the conversations. Was the recording legal? Yes. Well, probably. It’s trickier in the Trump/Comey situation than it is for most of us in everyday life.

California, Connecticut, Florida, Illinois, Maryland, Massachusetts, Montana, New Hampshire, Pennsylvania and Washington (the state) require the consent of both parties to record a call or conversation. Many of these laws state that if both parties are aware the call/conversation is being recorded that is sufficient disclosure. This is why you hear the recorded message, “This call may be recorded for training and quality assurance purposes.” California is one such state.

But consider Florida. If the conversations between Comey and Trump happened to occur at Mar-A-Lago, located in Florida which requires the consent of both parties, the recordings probably aren’t legal. There has been a lot of speculation, but thus far no proof, that Trump has recorded conversations and phone calls at Mar-A-Lago in the past.

Realistically, if Trump and Comey were having a conversation in the Oval Office or the Presidential Dining Room or someplace in the White House, any such recordings would be legal under 18 USC 2511(2)(d) and local District of Columbia laws.

The tapes, if there are tapes, still may or may not be legal. The question becomes why did Trump make them? If Trump had a policy of recording every conversation because he wanted to keep a record of what was said so he would review it later, he would be in the clear – at least on the one hand. He would be in the clear because the policy, the motive for making the recordings, was perfectly legitimate and had a legal purpose. Although it’s pretty unlikely such a policy existed for a number of other reasons, just ask Nixon who did record every conversation.

If presidents records conversations so they can review them later to refresh their recollection or for posterity, that’s perfectly legal. If a president recorded a conversation so he could attempt to blackmail someone with the contents later – that’s a problem. A big problem. If taped recordings were made with an illegal or unlawful purpose that’s a crime. There’s at least an interpretation of Trump’s May 12 tweet about the tapes that sounds like an implicit threat. Like Trump is trying to blackmail or at least intimidate Comey in to remaining silent.

If tapes exist, Trump can’t destroy them. Not now. Not with everything that has gone on in the past week and a half. The tapes are now evidence in both a congressional investigation and an FBI investigation. Destroying evidence is a crime, 18 USC 1519 to be exact. It’s a crime closely related to obstruction of justice, which is the crime that’s been discussed in connection with the suspicious timing of James Comey’s firing.

A response to the request from the Judiciary Committee from both the White House and the FBI is currently due on May 24. Whether that date holds, particularly in light of the appointment of Bob Mueller as Special Counsel remains to be seen. It’s going to be an interesting summer.