Two weeks ago the State of Ohio sued five major drug companies for their role in the opioid epidemic. This lawsuit echoes one filed earlier in the year by Mississippi. The basic premise behind both lawsuits is that the drug companies engaged in marketing campaigns that both exaggerated how useful their opioids were in controlling pain, and downplayed the dangers of addiction. The combination of the two caused doctors to prescribe drugs to their patients which they believed were safe, but in reality harmed hundreds of thousands of people. 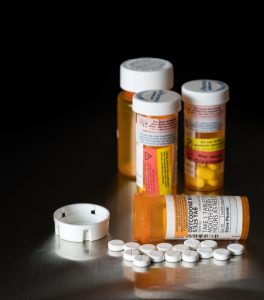 There are potential criminal aspects to these claims. The most basic issue is it’s a crime to engage in false advertising. 15 USC 52 makes it unlawful for a person or a company to disseminate false advertising using the mails or interstate commerce. This code section may seem like it covers the conduct of the drug companies; but, for a variety of reasons this section is rarely used.

More likely would be a prosecution involving conspiracy allegations – that the drug companies conspired to defraud doctors and other health care professionals in violation of 18 USC 371. A conspiracy is only illegal if the goal of the conspiracy is illegal, or illegal methods are used to achieve the goal of the conspiracy. If it could be proven that drug companies conspired to hide the known dangers of opioid drugs in violation of truth in advertising laws that is sufficient. If the drug companies used the mails, the internet, television, or other means to further their fraudulent purpose, that would be a violation of either the mail fraud or wire fraud statutes.

Part of the reason 15 USC 52 is rarely used is because of the penalty provisions – the first violation of the code section is a misdemeanor and carries a fine of not more than $5,000. If the drug company’s conduct in the opioid epidemic is fraudulent such a penalty would be a slap on the wrist.

Mail and wire fraud statutes carry much heftier fines and penalties. How much an individual could spend in prison depends on the amount of money involved: in this case, it would be millions, perhaps hundreds of millions of dollars. Individuals working for the drug companies could face decades in prison. For each count on which they were convicted they would face a fine of up to $1 million. This fine amount is separate and apart from restitution they would owe to the individual victims, the people prescribed the opioids. States who have spent precious resources combating the opioid epidemic could also be entitled to restitution.

In a criminal case involving the drug companies, the U.S. Attorney General would have to make a decision about whether to prosecute companies as whole or individuals in those companies. It is generally preferable to prosecute the relevant corporate officers over the individuals. If a company is prosecuted and found to have violated a law, the company can’t go to jail, instead it pays a fine. Paying a fine is an acceptable resolution when the crime was a regulatory violation, or when there was no real harm to society. The facts of the opioid epidemic are horrific and its harm is very real and very painful for far too many.

According to the U.S. Department of Health and Human Services, more people died from drug over doses in 2014 than any other year on record. 165,000 of those deaths were from prescription opioids. In 2015 matters got worse: an average of 91 people died per day in the U.S. from opioid overdoses. These statistics are the kind that scream out for the prosecution of individuals who have clearly placed corporate bottom lines above human lives.

Notwithstanding the fact that Washington is dysfunctional and the Attorney General has other things on his mind, (think Russia) there may not be a lot of political will to prosecute senior executives at these large drug companies. Pharmaceuticals spend a lot of money on lobbying efforts. According to an estimate by the Center for Responsive Politics, pharmaceuticals spent $245 million on lobbying in 2016. Why?

Prescription drugs are big business. Sales of fentanyl, a highly addictive opioid made by Insys Theraputics, brought in approximately $300 million in 2015 – it was nearly 90 percent of the company’s total revenue. Simply stated, opioid manufacturers have strong economic incentives to protect their revenue streams.

The evidence against the drug companies is damning. One investigation by the Los Angeles Times obtained thousands of documents from Purdue, a maker of OxyContin. Purdue marketed OxyContin as a 12-hour pain relief medication. The documents showed Purdue knew the drug alleviated pain for eight hours or less, caused withdrawal symptoms in patients and exposed users to increased levels of pain after the effects wore off.

Drug companies marketed these drugs to doctors, telling them they were not addictive, which was patently untrue. Companies also told doctors opioids were good at managing chronic pain, a conclusion research has not borne out. Sales reps for drug companies were rewarded with lavish vacations and bonuses for promoting opioids, all the time helping plant the seeds for today’s crisis.

There are documents that prove all of this. Emails and corporate minutes proving drug companies knew opioids were addictive. Marketing materials given to doctors say the opposite.  There are internal memos acknowledging opioids didn’t stop pain for 12 hours and there are drug representatives who were told to say they did.

These witnesses and documents are the basis for mail and wire fraud charges. Charges that if brought would start to clean up the drug industry and protect hundreds of thousands of people.  Let’s see if there is the political will to protect the American public.