Luis Bracamontes is trying to get his trial moved out of Sacramento County. His lawyers are arguing that the inordinate amount of publicity surrounding his case, and the fact that the vast majority of that publicity has been negative makes it impossible for him to get a fair trial. 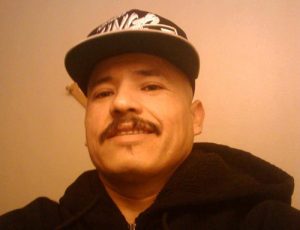 Last week, Bracamontes’ lawyers presented Judge Steve White with the results of a survey a local research company performed. It showed that 76 percent of local residents aware of the case thought Bracamontes is guilty and 51 percent of them thought he deserved the death penalty.

Bracamontes’ lawyers cited the nearly 700 newspaper articles and television broadcasts about the case in support of their argument that Bracamontes can’t get a fair trial. Most, if not all of the media coverage, has portrayed Bracamontes as a violent, mentally unstable, drug addicted undocumented Mexican immigrant who threatens to kills his lawyers and wants to die. His legal team has a good point.  Bracamontes’ case has already been tried in the court of public opinion.

Right to a Fair Trial

A defendant in a criminal case has a constitutional right to an impartial jury. A few months ago I wrote about ex-Stockton mayor Anthony Silva’s efforts to stop grand jury transcripts from going public. Silva’s lawyers are trying to prevent the transcripts from being released to the public because of the intense media coverage surrounding Silva.  And, by blocking the release of the transcripts his lawyers are trying to protect Silva’s right to an impartial jury.

Bracamontes’ lawyers have also been trying to limit the negative coverage about their client. They have filed multiple motions to close various court hearings to the public. Thus far all of these motions have been denied. In response, Bracamontes’ lawyers are now moving for a change of venue.

There are five factors a court is legally required to consider when determining whether to grant a change of venue motion:

Nature and Gravity of the Offense

While this factor weighs in favor of Bracamontes’ trial being moved and against Silva, should he eventually file such a motion, this factor alone cannot sway the court. The “Nightstalker” Richard Ramirez lost a change of venue motion. Richard Allen Davis only won his change of venue motion when, after two months of trying to pick a jury, the court could not find unbiased jurors and the prosecution withdrew its opposition to the motion.

Nature and Extent of the News Coverage

Extensive pre-trial publicity can weigh in favor of a change of venue, particularly if that coverage has been negative to a criminal defendant or sensational. At first blush this factor would appear to weigh in favor of both Bracamontes and a potential motion for Silva. However courts frequently find broad pre-trial publicity, coverage throughout the state or the nation, renders a change of venue moot. In cases such as Richard Allen Davis and Charles Manson, the courts found that the news coverage was so pervasive a change of venue would not do any good.

The nature of the news coverage matters. Sensational, graphic coverage is more likely to taint a potential jury pool. If the coverage is inaccurate, inflammatory or reported facts inadmissible in a courtroom, this factor weighs in favor of granting a change of venue motion. (This could become a major issue in the Silva case because of the one-sided nature of the grand jury transcripts.)

Size and Characteristics of the Community

The bigger the community from which the jury is drawn, the less likely a change of venue motion will be granted. The Nightstalker was tried in Los Angeles County, the most populated county in California. By comparison the Scott Peterson trial was originally in Stanislaus County: 2012 census data puts the population of Stanislaus just over 500,000.

Numbers alone are not conclusive. The court has to find the size of the county sufficiently dilutes the impact of adverse publicity. In a county like San Joaquin where Silva was a well-known and polarizing public official large numbers may not soften the impact of publicity.  Ask Rodney King: the trial of the officers in his case was moved out of Los Angeles County.

Status of the Defendant in the Community

This factor asks is there something about the defendant that makes him or her more subject to the hostility of the local community.

Bracamotes’ lawyers have argued the media coverage has emphasized that he is an undocumented Mexican immigrant who has been deported at least twice. They have argued this fact, in an era of anti-immigrant sentiment, described as “Trump-ism” by an expert who testified for the defense, makes it impossible for Bracamontes to get a fair trial in Sacramento County. An ousted and disgraced ex-mayor could make a similar argument.

In practice the fact that a defendant belongs to a minority group or is an outsider does not always weigh in favor of a change of venue.

Status of the Victim in the Community

While something the court is legally obligated to consider, this factor rarely sways a decision about venue. For a victim’s status to weigh in favor of a change of venue there has to be something about their status that is unique to the county of original venue  and that factor would not be present in a different venue. There are some old cases in which the victim was locally prominent and the courts found in favor of change of venue.

For Bracamontes this factor does not bode well. Being accused of murdering two sheriff’s deputies is the definition of a victim’s status influencing a potential jury pool. The problem for Bracamontes is regardless of which county his case is tried in, he will still stand accused of being a cop-killer.

The situation might be better for Silva. In a white collar case such as his the victim is the public, specifically the people of Stockton. Silva’s lawyers have a solid argument that the victim(s) should not be jurors. Granted not all of San Joaquin County lives in Stockton, but just under half, about 300,000 people, do. If Silva is guilty, and I have my doubts, half of the jury should not be made up of people he allegedly harmed.

My money is on the Bracamontes trial staying in Sacramento County. The facts of his case are inflammatory and if convicted he could face the death penalty. But the facts of his case don’t get any less inflammatory in some other county, the anti-immigrant sentiment his lawyers rightly complain about is a nation-wide phenomenon (after all, that’s how the president got to be the president) and being a labeled a cop-killer doesn’t somehow get better a few hundred or a few thousand miles away.