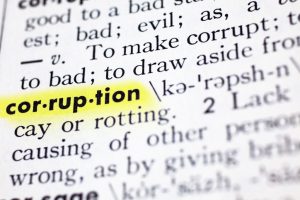 In March of this year the California Department of Finance released an audit of the Board of Equalization. That audit was highly critical of the board, and, in particular, of Jerome Horton. Among other things Horton has been accused of spending approximately $118,000 of state money in designer furniture decorating his new office on Capitol Mall. There are also complaints that board employees were directed to work on board member personal projects.

Are these allegations criminal? Maybe. If the allegations in the audit are true Horton, high ranking members of his staff and other board members such as Diane Harkey, implicated in the audit report, could be facing a rough road ahead.

California Government Code section 8314 prohibits using public resources for personal or political purposes.  Public resources can include the time and efforts of public employees. Horton has been accused of directing board employees to work on his private events. Two board employees who on paper report to executive Board of Equalization staff in Sacramento reportedly actually work for Horton’s staff in southern California.

California Penal Code section 424 prohibits the misuse of public funds. This code section criminalizes embezzling from public funds as well falsifying records relating to public monies. Under the right set of circumstances spending $118,000 on designer furniture could constitute a violations Penal Code section 424. There are an equal number of circumstances under which this could be legal. The state allows for waivers to purchase certain items. Nothing has been released to the public showing Horton himself was involved in this: it could have been done by staff.

Government Code section 1090 provides both civil and criminal penalties for violations of conflicts of interest. The audit claims Horton spent board resources on “connecting women to power” events.  Horton’s wife runs a nonprofit called California Educational Solutions. He solicited $81,000 in donations for his wife’s non-profit: sometimes these solicitations occurred at Board of Equalization events. That conduct is certainly enough to trigger a civil violation of Government Code section 1090, and possibly a criminal violation. Ask Bill Honig. The former California Secretary of Education convicted of felony violations of Government Code section 1090 when he entered the state into contracts that benefitted a non-profit organization run by his wife.

The same conduct that could form a basis for a 1090 violation may also violate Government Code sections 87100 and 87103. Both of those sections prohibit public officials from making any decisions that will have a material financial impact on the public official or their family.

There are also allegations of questionable accounting practices within the Board of Equalization, hints that monies have been misallocated, potentially in an effort to conceal where the funds have really gone.

There are defenses to these allegations and Horton needs to get his version of events into the public.  Soon. Very soon. As I write about so frequently, people facing criminal charges or potentially facing such charges are often tried and convicted in the media long before they ever see the inside of a courtroom. Horton and his defense team need to get their message out before it’s too late.

The Board of Equalization has been involved in a political tussle for years. Things started to take a different tone in November 2015 when State Controller Betty Yee showed the agency misallocated $47.8 million in sales tax revenue. In response the Legislature requested an investigation. The results of that investigation were released in March. In response, the Legislature voted to largely disband the Board of Equalization, changes which start going into effect on July 1.

In April 2017 Governor Brown suspended the board’s hiring and purchasing authority amidst claims that money was being misallocated and misspent; and, some board members were accused of improperly intervening in daily operations and creating a climate of fear among Board staff.

Horton, an accountant by training, formerly represented the 51st District in the California State Assembly. In 2009 he was appointed to the Board of Equalization by then governor Arnold Schwarzenegger.