After every mass shooting in this country there is an intensive but brief debate about gun laws. The wake of the Las Vegas shooting is no different.

California has some of the toughest gun laws in the country. Its nearest neighbor, Nevada, has some of the loosest. California generally allows any person over the age of 18 to have a gun so long as they haven’t been convicted of a felony, convicted of a crime of domestic violence, or are mentally incompetent. People wishing to purchase a hand gun have to pass a background check, take a firearm safety course, and prove they live in California. In California hand guns have to be registered. Assault weapons are illegal. There are limits on how many guns a person can buy at one time. There is also a cooling off period, if you want to buy a hand gun you have to wait 10 days. California does not permit high capacity magazines.

Nevada doesn’t require permits. There is no limit on how many guns a person can purchase at a time. Assault weapons are legal as are high capacity magazines. There is no waiting period. Nevada allows guns to be brought pretty much everywhere other than to a school or university campus. People can carry weapons to places like bars and casinos. Nevada voters passed a measure last year to require a background check for firearm purchases between private parties but the Nevada Attorney General has said it’s unenforceable and put the measure on hold.

There are also federal gun laws. There is a national ban on assault weapons like the ones used in the Las Vegas shooting. There are two problems with that ban. It is legal to possess an assault rifle so long as the person obtained it prior to 1986. The other problem is this – many, many semi-automatic weapons can easily be converted into fully automatic weapons. Some of the federal laws make no sense. A person who is on the ‘no fly’ list can legally purchase a weapon in this country. According to some sources more than 80% of Americans disagree with this, they think a person on the ‘no fly’ list should not be allowed to have a gun. Congress can’t seem to solve that problem. Why? The gun lobby.

The gun lobby argues they’re protecting people’s second amendment rights. They’re not. They’re protecting their income stream. One study estimated the annual revenue in the United States from the sales of guns and ammunition to be $11 billion. The slogan “Guns don’t kill people. People kill people” is a facile argument. There has to be some review process of the person holding the gun. There has to be sensible gun regulations.

Would better guns laws in Nevada have prevented the Las Vegas shooting? Probably not. Stephen Paddock was retired, had no criminal history, lived outside of Vegas and liked to gamble. He’s the sort of person who would pass even the strictest background check. Does that mean we shouldn’t try? Maybe it would have slowed him down. Reports said he had AR-15-style assault weapons. Maybe he wouldn’t have had those.

The national conversation about gun regulations is predictable. Mass shooting occurs, intense national debate, and then nothing. The national attention is drawn away by a hurricane, a terrorist attack or a tweet storm. The NRA works at convincing people and politicians that stricter gun laws won’t prevent mass shootings. Try telling that to a parent who lost a child in Las Vegas, or Sandy Hook, or San Bernadino, or Pulse, or Virgina Tech, or Columbine, or the next shooting that hasn’t happened yet. Maybe the gun lobby should tell that to Gabby Giffords or Steve Silese.

It may not work but that doesn’t mean we shouldn’t try. 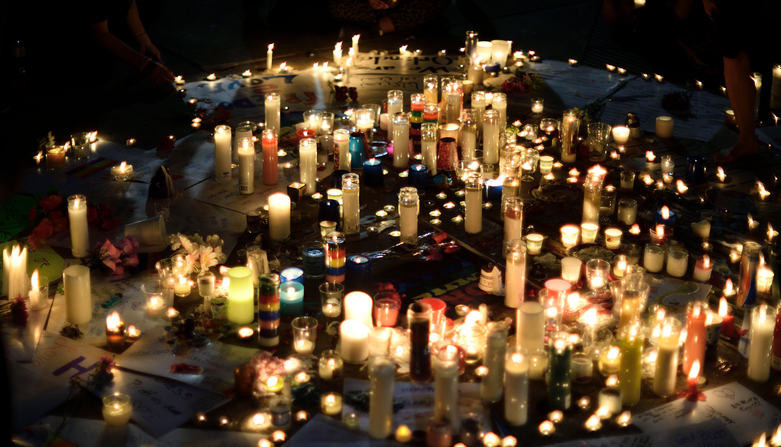